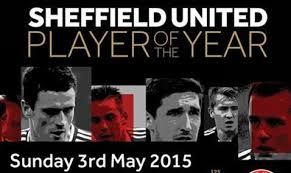 Winchester Car Sales is giving Sheffield United fans the chance to win a prize of a lifetime by giving away two tickets to the Blades’ prestigious end of season awards evening.

The company are sponsors of the Blades’ David Spencer Young Player of the Season award at the event, which is taking place in the Ballroom at Sheffield City Hall following the last game of the season against Chesterfield FC on Sunday 3rd May 2015.

To be in with a chance of winning two tickets to the gala dinner, which is limited to 450 guests, Blades fans must tweet Winchester Car Sales official Twitter (@winchcarsales) with their Young Player of the Season using the hashtag #WinchesterSUFC.

Each tweet counts as an entry, restricted to one per person, and the winner will be picked at random on April 29 and will be accompanied at the event by representatives from Winchester Car Sales. Entrants must be residents of the UK.

Tajinder Singh, director of Winchester Car Sales, said: “The end of season gala dinner and awards evening is an event not to be missed, and with places being limited, we are delighted to be able to offer one Blades fan and a guest the chance to join us on the night.

“The competition will give the winners the chance to meet and mingle with the players during what is always a thoroughly entertaining evening. We enjoy interacting with the fans and we look forward to meeting the winners.”