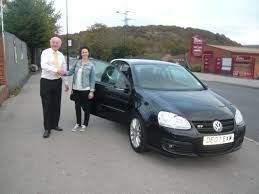 A local car dealer has raised more than £1,000 for The Children’s Hospital Charity – and is hoping to raise £5,000 in total.

Family run Winchester Car Sales, based on Herries Road South, announced after Sheffield United’s 125th anniversary that they would donate £125 each time it sells a car in any week this season that Sheffield United win.

The fundraising initiative has seen more than £1,000 raised so far, and director of Winchester Car Sales, Tajinder Singh, hopes to raise £5,000 to go towards the Charity’s Make it Better appeal.

He said: “We are delighted to help such a fantastic local charity in this way.

“The Charity’s Make it Better appeal aims to transform the hospital with new world class facilities. Winchester Car Sales would love to raise £5,000 which would pay for a new consulting room in the new building – that’s our aim.”

The Charity’s Make it Better appeal aims to raise £10m in total by 2016 with a brand new wing featuring plenty of private rooms with parent beds, ample parking, a secure outdoor space and a giant play tower amongst the developments planned.

David Vernon-Edwards, director of The Children’s Hospital Charity, said: “We are delighted with Winchester Car Sales’ fundraising initiative and we thank them for their continued support and generosity.”

Winchester Car Sales has been on the same site in Herries Road South Hillsborough, since it started selling quality used cars in 1996.

Pictured: Kelly Anderson, pictured with Winchester Car Sales’ Derek Wilkin, is the latest person to purchase a car from the local car dealer and see £125 of the money donated to The Children’s Hospital Charity.