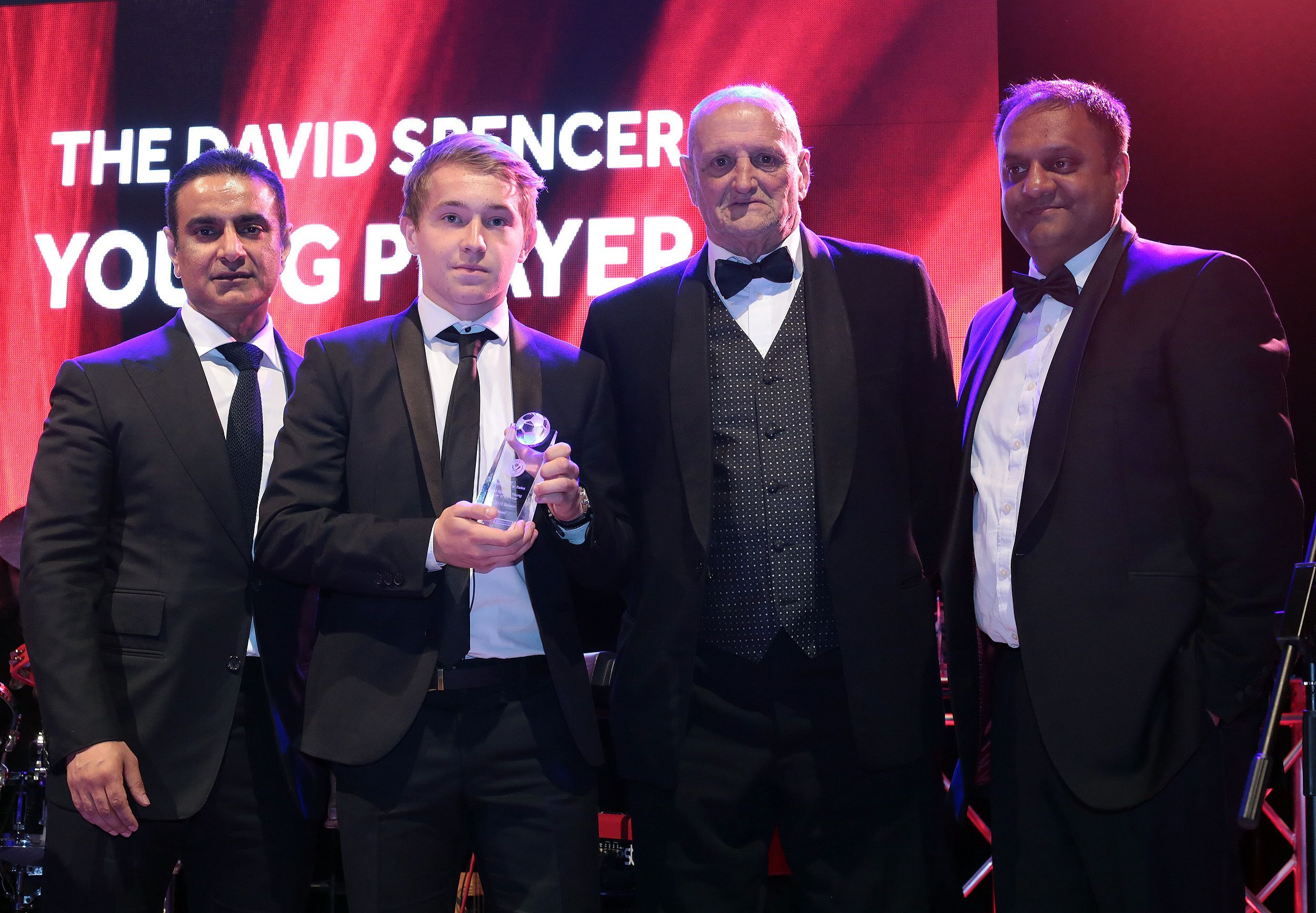 Winchester Car Sales were on hand to present the David Spencer Young Player of the Season Award to Blades starlet Louis Reed at the Club’s end of season awards.

The glittering ceremony took place in the Sheffield City Hall Ballroom following the last league game of the season against Chesterfield FC.

BBC's Harry Gration presented the evening, which also saw Nigel Clough, the first team squad and other Blades luminaries such as Tony Currie, Alan Hodgkinson and Eddie Colquhoun in attendance.

Tajinder Singh and Harminder Bains, directors of Winchester Car Sales, presented Louis Reed – who made his England under 18s debut this season – with the accolade.

Tajinder commented: “It is wonderful to see young talent come through the Sheffield United academy and it was a great honour to present the award to Louis Reed.

“He has enjoyed a fantastic breakthrough season and also gained his first international cap so he thoroughly deserves this award.

“As a lifelong Blade, it is a huge honour for me to be a part of the Club’s end of season celebrations.”

A number of other awards were presented on the night:

Players’ Player of the Year – Jamie Murphy and Chris Basham

Goal of the Season – Jamie Murphy vs. Doncaster